The latest free content update, Ghost Town, is now available on Steam. Have you heard of the Pripyat Residential Area before? It was a symbolic place. One of the nuclear cities of the “peaceful atom” era. Unfortunately, the industry that gave Pripyat its purpose ultimately was responsible for its demise.

In Ghost Town, you’ll be able to visit a 3D-scanned recreation of the neighborhood, now nothing more than a graveyard of dreams. In addition to the lurking threat of hidden supernatural creatures, the abandoned city is the only place in Chernobyl’s Exclusion Zone with a huge amount of chernobylite structures. Here you’ll find the largest chernobylite crystals in the Zone.

What horrors will you find in Pripyat? Make your way through the thicket of chernobylite and search the floors of buildings one by one.

Something else that’s new to Chernobylite is the Deadly Frost Skin Pack. The pack includes a new set of weapon skins that will leave your enemies frozen with fear when they see you approaching, until the icy bite of winter dispatches them to a cold grave.

Get the Deadly Frost Skin Pack on Steam.

In addition, the game’s OST from award-winning composer Mikolai Stroiński is now available on Steam. With the haunting melody of the Zone following you wherever you go, will you ever truly be able to leave?

Get the soundtrack on Steam.

If you haven’t played Chernobylite yet, check out the newly available demo on Steam. The demo includes the game’s intro as well as two whole in-game days to go through.

And be sure you don’t miss the 25% off discount on Steam or GOG.com (until January 5) and on the Epic Games Store (until January 6) if you haven’t explored the Zone yet!

Will you discover the horrors of the new area armed in new weapon skins? Join our Discord and share your thoughts.

Below you will find the complete changelog for this Christmas patch:

+ A whole bunch of smaller bugs you’ve reported to us, too many to list them all. Thanks! And enjoy your Winter Holidays with Chernobylite game. See you next year, with many more free content updates to come! 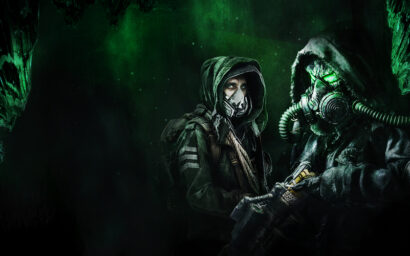 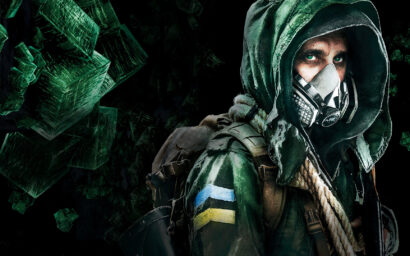